Process automation in the industrial sector (such as mechanical engineering and plant construction) primarily relies on the use of field buses. Our protocol converter enables data to be transmitted from the field bus (controller, sensors, actuators ) to the superior control center.

This specific application can be implemented with our ipConvLite protocol converter, which is capable of using the Profibus DP protocol to communicate with the Profibus.

Selected protocols are provided for communication with other devices (master or slave).

The IPCOMM proprietary Profibus DPV0 application layer enables the transmission of data such as quality descriptors and time stamps. Using the application layer requires however that the Profibus distant terminal is also capable of sending and receiving information over this protocol.

The Midrange Embedded Controller (MEC2 PROFIBUS) with Profibus interface may be used as a suitable hardware platform.

The ipConvLite or ipConv protocol converters allow the connecting of MODBUS field devices. 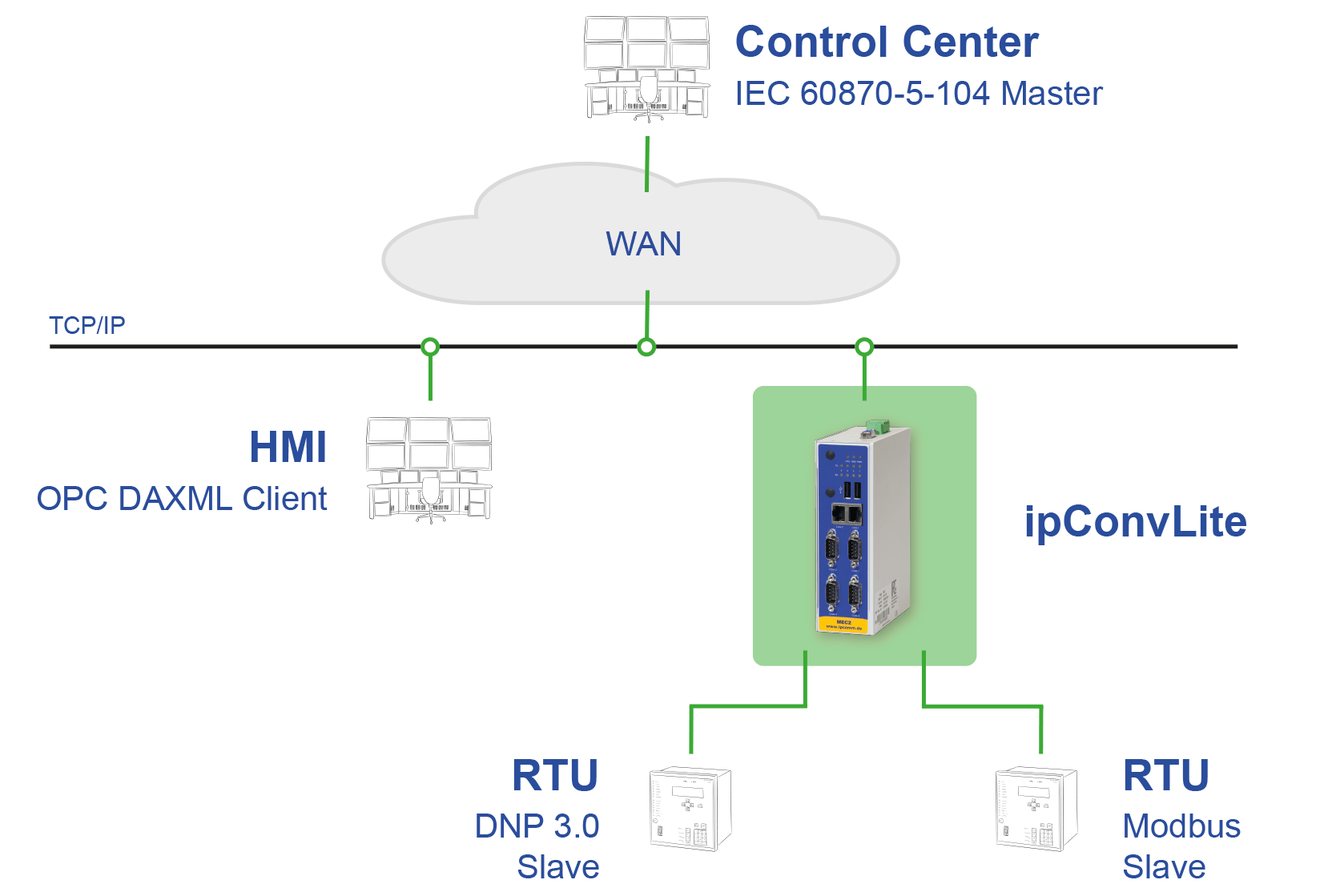 Selected protocols are provided for ipConvLite to enable communication with thecontrol center.

Other field buses such as Profibus DPV1, Profibus FMS, 3964R, Sinec-H1 can be connected using our universally compatible ipConv protocol converter, as long as there are appropriate field bus interfaces for the hardware platforms (SEC3, MEC2, IPC191V5 19" 1U or IPC191X1 19" 1U).

The ipConvLite and ipConv protocol converters are also capable of linking different field buses, for instance MODBUS and Sinec-H1. 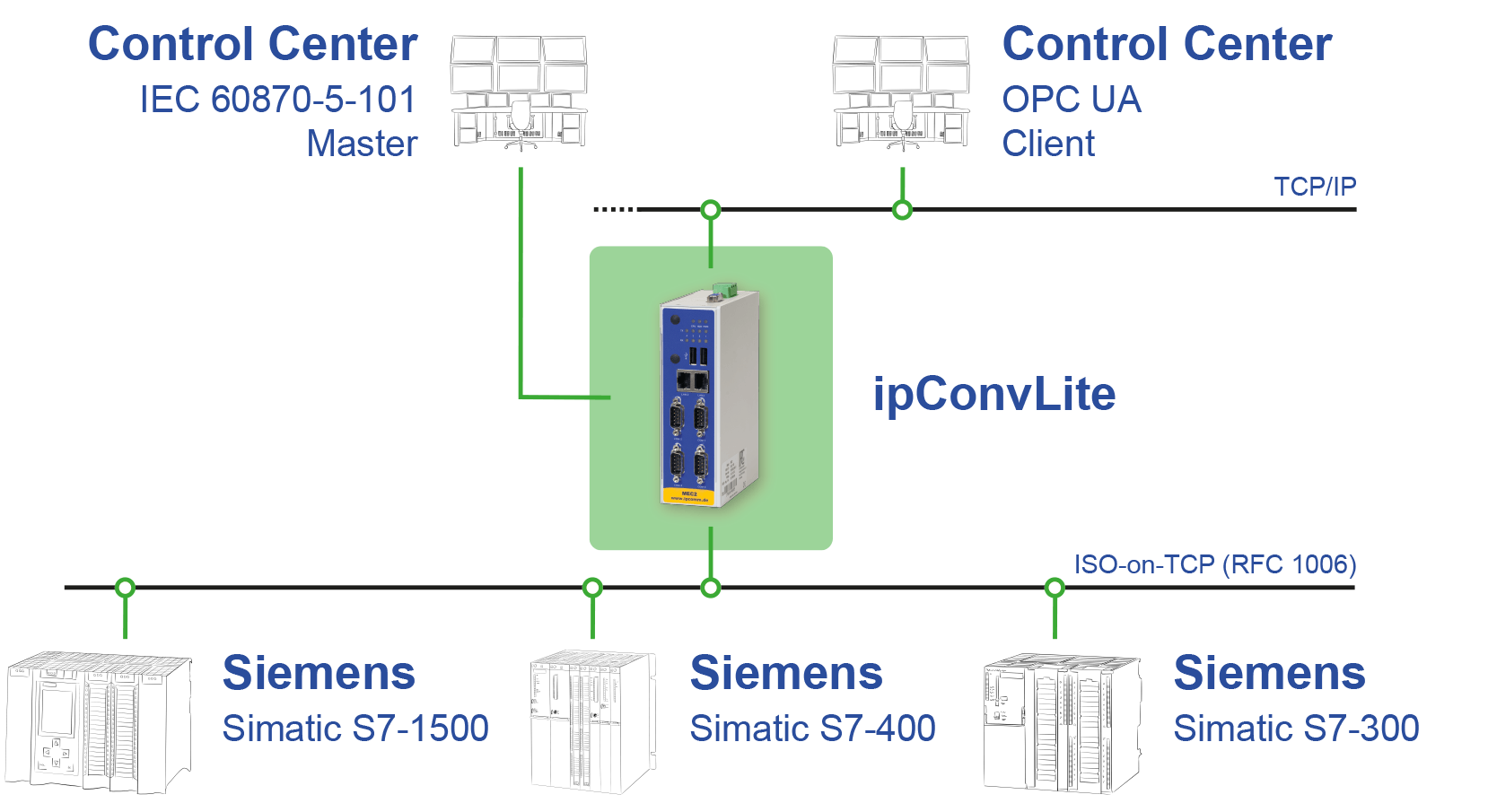 This example shows an ipConvLite gateway upstreaming data to a remote control unit via the IEC 60870-5-101 protocol. Process data is also provided for local monitoring and control via the OPC UA interface.

The following figure shows a redundant configuration for the example scenario. 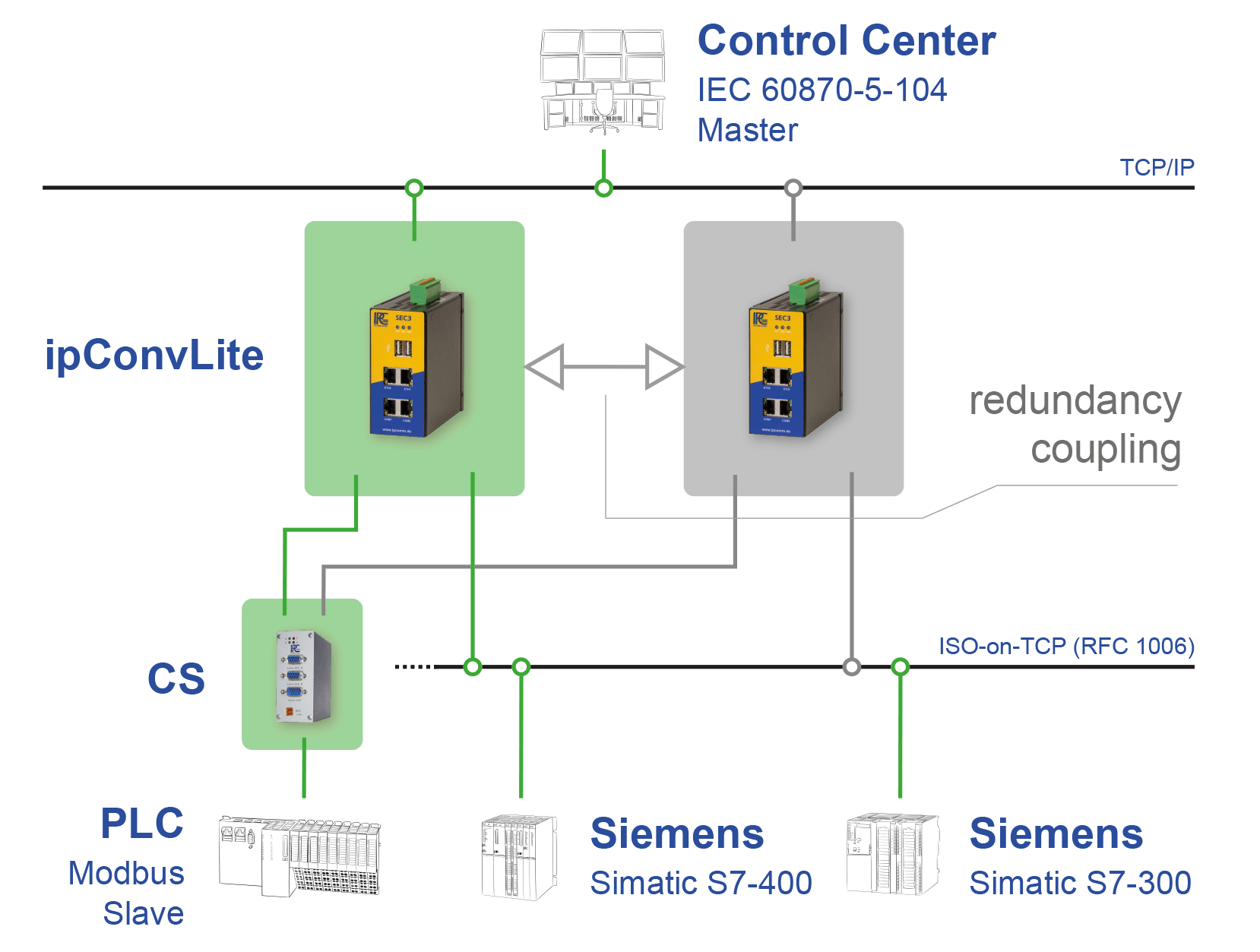 The redundant coupling can be realized over a serial RS232 line or over Ethernet. The active device is monitored by the passive one. If the active device fails, the previously passive device is activated and assumes its communication.
The superior control center is also redundantly supplied with data via IEC 60870-5-104.

In addition, the communication with a programmable controller involves the Modbus protocol. At this point, data can also be transferred directly between the Modbus controller and the Simatic controller.

The advantages at a glance